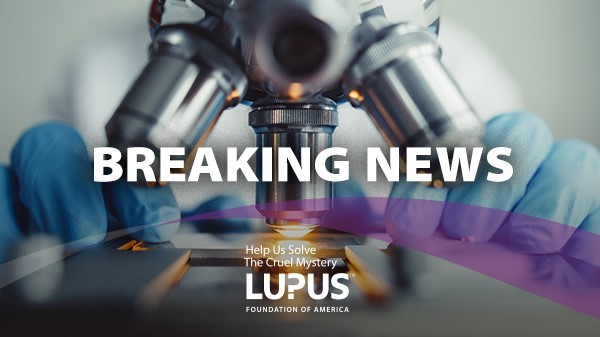 This article is based on reporting that features expert sources.

WOMEN WITH LUPUS, AN autoimmune condition, in which a person’s own immune system mistakenly attacks itself, can and do get pregnant and give birth to healthy babies.

By far, lupus most commonly strikes women of childbearing age. Naturally, it’s a time of life when many women are interested in having children. However, expectant mothers with lupus and their unborn infants face some increased pregnancy, maternal health and fetal developmental risks.

If you have lupus and you’re considering having children, certain specialists can help by directing your care from before conception all the way through childbirth and beyond.[

Women diagnosed with lupus are often under the care of a rheumatologist, a doctor who specializes in conditions characterized by inflammation called rheumatic diseases, including certain autoimmune disorders like lupus. When a patient is interested in having children, her rheumatologist can provide pre-pregnancy counseling and make a referral to an OB-GYN or perinatologist with expertise in these cases.

“It really should be a planned pregnancy where you’re actively working with both your gynecologist and your rheumatologist to get you into your optimal shape prior to conceiving the baby,” says Dr. Jennifer Grossman, a clinical professor at University of California, Los Angeles, a rheumatologist with the UCLA Medical Center and a member of the medical-scientific advisory council of the Lupus Foundation of American.

Most women with lupus become pregnant about as easily as women in the general population, Grossman says. “But there is an increased risk of miscarriages,” she notes. “The people who do worse during pregnancy are people whose lupus is active when they get pregnant, or in particular, people whose kidneys are inflamed at that time they become pregnant.”

Lupus flare-ups are unpredictable periods when disease symptoms get worse and people don’t feel well. Women who are having frequent lupus flare-ups or are coping with coexisting medical conditions are at increased risk for pregnancy problems, Grossman says. However, even women whose lupus is relatively stable can still have

Lupus patients have an increased risk of early delivery and blood pressure problems related to pregnancy.That includes preeclampsia, or pregnancy-induced hypertension, which involves high blood pressure, protein in the urine, fluid retention and swelling. If untreated, preeclampsia is dangerous for both the mother and her unborn child.

Whether a woman who is expecting has such complications doesn’t always necessarily correlate with whether or not they’re having a flare-up or more symptoms related to lupus. “They can be doing fine and still have unanticipated preeclampsia or preterm delivery,” Grossman notes.Play VideoPlayUnmuteLoaded: 91.70%Current Time 0:47/Duration 1:59

For women with lupus, extra care is required when trying to become pregnant and during pregnancy due to the potential for complications. “When we talk about a woman who has any type of autoimmune disease, or specifically, lupus in pregnancy, we are really talking about how that disease impacts the pregnancy, as well as how the pregnancy impacts the mother,” says Dr. Shilpi Mehta-Lee, site director of maternal-fetal medicine at NYU Langone Hospital–Brooklyn. “There are things along the pathway of pregnancy – from before you conceive through the third trimester – which we handle differently.”

Taking lupus into account as early as possible makes a difference. Getting women into a phase where their disease is quiet and they’re not having frequent flares, before they conceive or before their first eight weeks of pregnancy, is very important in terms of overall fetal and maternal health, says Mehta-Lee, who is also a clinical associate professor of obstetrics and gynecology with NYU Langone Health.

Here’s what preconception or early pregnancy care is likely to include:

Some women with lupus have an increased risk for dangerous blood clots during pregnancy. “In those women, very specifically, we review their history of deep vein thrombosis or venous thromboembolism,” Mehta-Lee says. “Then we place them on blood thinners that are safe during pregnancy and can reduce their risk during pregnancy.”

Audrey Ayala of San Antonio is a 30-year-old personal trainer, self-taught baker and mother of three children. She stays extremely busy for anyone, much less someone with systemic lupus.

In Ayala’s case, lupus has primarily affected the central nervous system – leading to damage, or multiple lesions, in her brain, brainstem and spinal cord. That impacts her ability to function, and she relies on mobility devices, such as a cane or walker, to help her get around.

Because her diagnosis was delayed, she and her husband didn’t realize she had lupus until after they already had their first two children.

Although it’s not clear how lupus affected Ayala’s first pregnancy, with her son who’s now 11, during her second pregnancy it may have contributed to the preterm delivery of her older daughter. Her daughter was born with a congenital heart defect, a complication for which the risk is higher when the mother has lupus. Now 8 years old, she is doing well.

Because of medications she was taking and previous gynecologic issues, Ayala had never expected to become pregnant a third time. Among those, she was on cyclophosphamide (Cytoxan), a powerful medication used to treat severe forms of lupus affecting the brain or kidneys. Its potential side effects include low white blood cell counts, increased risk of infections and infertility. “My last pregnancy was complicated due to the Cytoxan therapy I had undergone for seven months, in which we weighed the risks of becoming sterile and also secondary cancer,” she says.

But to the couple’s surprise, Ayala did become pregnant. This time, she went under the care of high-risk OB-GYN specialists.

It’s important that expectant mothers with lupus see their physicians frequently throughout pregnancy to detect and treat any issues that may arise promptly. If you’re a women with lupus, depending on your specific needs and risks, care throughout pregnancy may include the following:https://0ae3fd58932820102da89442ccacfe2d.safeframe.googlesyndication.com/safeframe/1-0-37/html/container.html

As with any chronic health condition, the medications a woman takes to keep lupus under control may have to be adjusted during pregnancy. It’s a delicate balance. Medications that reduce inflammation in lupus can increase the risk of pregnancy complications like preeclampsia. However, a mother’s flare-ups might be harmful in themselves.

Doctors can adjust the doses of steroids like prednisone, a common lupus treatment. Certain powerful drugs used to suppress the immune system, like cyclophosphamide are avoided, if possible. Safer drugs can be substituted for medications that pose pregnancy risks.

Women being treated for kidney, heart or other complications from lupus should ask their doctors about medication recommendations during pregnancy.

Previous pregnancy complications, other medical conditions and the severity of a woman’s lupus are all factors that doctors keep in mind. Based on your individual history and test results, you might undergo additional monitoring for issues like these:

Obstetric anesthesiologists are also involved in the decision-making process, to determine what kind of general or regional anesthesia a woman can have when she goes into labor.[

SEE: 5 Ways to Reduce Your Risk of Developing Kidney Disease. ]

During Ayala’s most recent pregnancy, her main complication was going into early labor, starting at about 30 weeks. She was repeatedly hospitalized to stop the contractions and prolong her pregnancy for as long as possible.

Her experience also included an emergency room visit when her body’s level of white blood cells, which are essential for fighting infections, dropped dramatically, and she underwent a difficult bone marrow biopsy.

At about 36 weeks of pregnancy, Ayala underwent a planned cesarean section. As she was prepped in the delivery room, she says, her blood pressure dropped precipitously.

“It was truly a scary event,” Ayala says. Fortunately, she quickly responded to treatment and “the rest of the delivery was fine,” she says. She gave birth to the couple’s second daughter – who is now 2 years old and doing well.

However, health setbacks continue for Ayala. A few days before Christmas, she was finally able to go home from a rehabilitation facility after undergoing intensive treatment for neurologic problems related to lupus. Her motor skills and memory, which were significantly affected, are gradually improving.

“When you get diagnosed with lupus, there’s a point where there’s a mourning stage,” Ayala says. “You mourn the life that you thought you were going to have.” Now, she says, she’s thriving.

She has found great purpose in speaking up and reaching out. She started a Facebook page to share what she was going through and to her surprise, other people in similar situations chimed in and “poured their hearts out.”

Somehow, as a working mom now raising three kids, she still finds time to advocate through platforms like the Lupus Foundation of America for more research on treatments for lupus. When it comes to lupus medications, Ayala says, “We need better options to avoid complications and give mothers a better experience with lupus pregnancies.”

In general, if women with lupus receive good care, and their team of physician feels that pregnancy is safe, then a safe pregnancy is possible, Mehta-Lee says. “But we just have to be more careful throughout the pregnancy to make sure they stay healthy and that their fetuses stay healthy as well.”

As an expectant mother with lupus, you can make a huge difference by following a healthy lifestyle and keeping up with your prenatal care.

“I strongly recommend when you have lupus and you’re pregnant that you follow up very routinely,” Grossman says. “I see people, depending on how their lupus is, every one to two months.” Monthly would be even better, she says, but she realizes the time and travel for frequent visits is challenging for some patients.

The bottom line is: Despite the risks involved, by being closely monitored during pregnancy and following medical advice, many women with lupus are still able to have healthy pregnancies.